Home Startups The journey of Rambhau, from a small gardener to an established entrepreneur...

If given an opportunity, there are many who would do better than the current work they are doing. Many of us want to run our own businesses, but are we ready to grab the opportunity when it comes knocking at our door?

Ninad Vengurlekar shared an inspiring story of Rambhau, who used to work in his garden and now is a successful entrepreneur:

4 years back he was tilling the soil on the side of a road inside my complex when a site engineer asked him if he would like to build my house garden. He hurriedly came running to me and agreed to do whatever I wanted him to do and for whatever I was willing to pay. He almost did my garden for free.

He then used my garden as a show sample of his work to other houses in the complex. Within 2 years he was managing 20 house gardens. By then he had bought a motorbike. He also employed 3-4 helpers who used to visit our houses for daily maintenance. His wife was one of them.

A year later, he informed me that he had started a tempo delivery service with his son. He also won a contract to build a garden for the bungalow that the builder was building for himself in the complex. It was over 1/2 acre land. He took me there and showed me the work he was doing. I was happy.

Related Post: Ninjacart: An idea that changed the face of farmers and fresh produce

Soon, the builder of the complex offered him the contract to maintain the trees and gardens in the entire complex. I was told that he now has 2-3 delivery vehicles and over 15 people under him.

Today he came to remodel some trees in my garden. He came in a Luxury car, got down and got to work with the workers. He was digging the soil, uprooting trees and planting new ones. He was standing there and getting things done.

At home, Maya and I were discussing his journey from a small gardener to an established small entrepreneur in 4 years. She said why can’t others do this and I said it’s there in the genes. It cannot be taught. If that was the case, entrepreneurship courses would have been in hot demand across the world.

Rambhau drives a car which even his owners don’t (like me, for example). But he works in our gardens. He takes our instructions and delivers value to us. He has the humility to serve his customers when in reality he could be making more money than them.

Related Post: TheCityFans: For every t-shirt sold, this start-up donates a t-shirt to a poor kid

Rambhau must be in his early 50s. He was a contract worker until late 40s. Obviously, entrepreneurship existed within him, but he was locked in an ecosystem that did not give him opportunities of high returns for his hard work. When he got the right platform to deliver, he seized the opportunity. He did this without any support from traditional banks. (Who would fund a gardening business?)

These are the millions of small entrepreneurs like him in India that drive the Indian economy. They get no bank or VC funding. They borrow money at high-interest rates, do not understand financial ratios and repay all their debt consistently on time, while building a profitable business.

‘To me, the poor are like Bonsai trees. When you plant the best seed of the tallest tree in a six-inch deep flower pot, you get a perfect replica of the tallest tree, but it is only inches tall. There is nothing wrong with the seed you planted; only the soil-base you provided was inadequate.

Poor people are bonsai people. There is nothing wrong with their seeds. Only thing is society never gave them a base to grow on.’

Rambhau is a perfect example of this dogma of poverty that faces 80% of Indian population. Fortunately, he refused to become a bonsai. He literally expanded his “flower pot” to a 200-acre campus and made enough money to afford a Luxury car for himself. He proves that if you have the talent, the will, and the willingness, hundreds of ways magically appear around you – capital or no capital, education or no education.

“He is not my Gardener, he is my Entrepreneur of the Year for 2016.” – Ninad Vengurlekar

This article was originally published in The Logical Indian

Exclusive for Retailers: Follow these simple steps amidst COVID-19 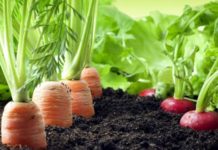 Story of Hari Mishra, Ankit Rajput, founders of Rs. 20 cr company who ate one meal a day, slept on floors